Skip to content
Previous Next
Should Your Small Business Be on These Social Platforms?

Should Your Small Business Be on These Social Platforms?

There is no shortage of social media channels to choose from. From older social platforms like Facebook and Reddit to new platforms like TikTok, the choices are endless, but does it make sense for small businesses to be on all of them?  While we’ve always suggested as part of a small business marketing strategy to pick a few platforms and manage them well, it doesn’t hurt to know what’s out there so we’re running down some of the newer platforms with our recommendations on how to choose what’s best for your small business. 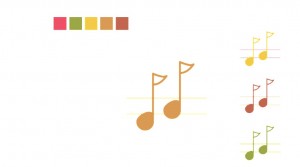 This social media platform has actually been around for over two years now but seems to finally be getting some attention from mainstream marketers. In short, TikTok is a video platform. More specifically, it’s a platform for short-form mobile video. Short-form video is tailored primarily for the mobile viewing experience—short, instantly engaging, and customized for the platform. It’s ideal for social media sites since they integrate directly with the mobile user experience.  The viral 15-second video app recently merged with Musical.ly. Should small business owners use TikTok instead of YouTube?  Depends. Here’s the difference between the two: TikTok was created for short, edited videos while YouTube accommodates short as well as substantially longer videos. Overall, YouTube is likely the better platform for small business videos because it’s more established, provides more options, has been around longer, and has a much larger audience. However, some argue that the boutique video platform TikTok allows small businesses to be a big fish in a small pond because there’s so much less competition; a valid point though still not return the ROI needed. Right now, TikTok is more popular with a much younger crowd but hey, remember when Facebook was only for college students?

It’s no secret that Facebook is quickly falling out of favor with the younger demographic (kids and teens). In a pursuit to win them back, Facebook launched Lasso, a short-video sharing app that was launched on iOS and Android and is aimed at teenagers. The videos on Lasso are usually set to songs. It is currently available only in the USA. It’s considered a direct competitor to TikTok though so far it hasn’t gotten the traction of TikTok. TikTok is owned by China-based company ByteDance and is known as Douyin in China. Numbers alone say that if you’re choosing between Lasso and TikTok, TikTok is the obvious choice, except that Lasso is a Facebook product so it most likely will continue to get significant backing and upgrades from the social media juggernaut. Still, for most small businesses, unless your target demographic is kids and teens, YouTube and Vimeo still make more sense, though this might be a good one to keep an eye on. 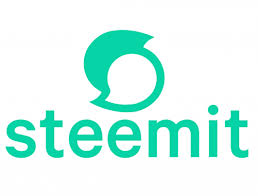 Steemit is viewed as a direct competitor to Reddit. While Reddit has been around for a long time, many marketers are starting to shy away from the platform due to the vitriol that swirls around the platform (“haters”). Steemit is a platform to post a variety of content, very much like Reddit, but it adds the enticement of getting “paid” for good content. While Reddit rewards “upvoted” engaging posts by pushing them to the top of feeds, Steemit also gives you “Steem” coin if your post does well. Like Reddit, you can engage with posts by sharing, commenting on, or upvoting them. While still in its infancy compared to Reddit and other content posting platforms, Steemit has been touted by top tech sites such as WIRED and TechCrunch. This one might be worth exploring as an additional platform for content as it looks to be on an upwardly growth path.

Deciding which social platforms to add, keep or discard

Small business marketers are crunched for time, and more platforms don’t necessarily help elevate the brand and may actually dilute it if you’re trying to do too much on too many channels. The best way to determine which platforms to keep is to look at your analytics and see if your social engagement is giving you any kind of ROI, from likes to actual traffic and purchases. If you’re putting in significant effort and not getting the return, it may be time to do less on the non-performing social platform or stop it altogether. As for adding a new platform, consider your demographic. Is your target audience on the platform, is does it look like it may be in the near future?  If so, being an early adopter might be a good strategy. If not, don’t let the shiny newness of the latest and greatest platform persuade you. Not sure what you should do?  Consult a small business marketing consultant to help you weigh options for the best results.

Follow Us!
Patty Hughes
President at Strategic Marketing Services
Patty Hughes is President of Strategic Marketing Services and has over 20 years of experience in marketing and sales strategy.Having been fortunate enough to develop exceptional business relationships with both customers and colleagues throughout the years, she has been honored to help small businesses grow and has enjoyed being a part of their successes by partnering with them to establish a well-developed marketing strategy and assist in managing their ongoing marketing needs.
Follow Us!
Latest posts by Patty Hughes (see all)
By Patty Hughes|2019-11-11T12:50:16-07:00November 11th, 2019|Social media marketing|Comments Off on Should Your Small Business Be on These Social Platforms?

Get our blog straight to your inbox!